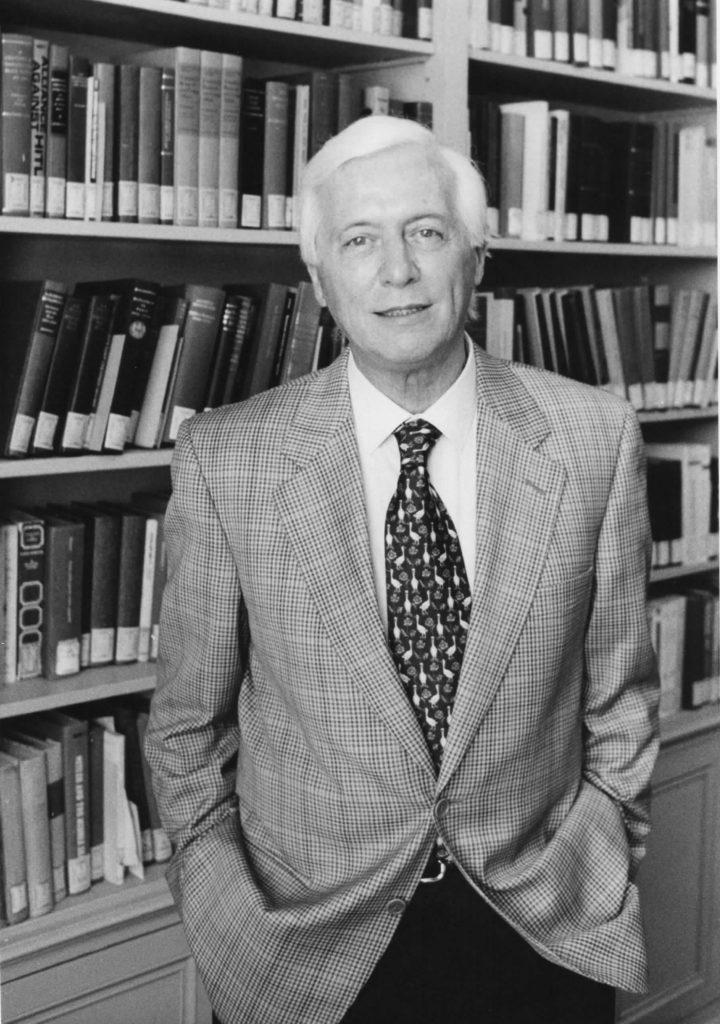 One year ago Ennio Di Nolfo passed away. His pupils, in collaboration with his family, have put forth the idea to hold a commemoration at the Filippo Turati Foundation for Historical Studies, where Di Nolfo himself wanted his burning chapel to be set up,  with the participation of all those that were close to him and took part in his teachings. The commemoration of his figure as a great historian, academic, and engaged intellectual will be held in another public location.

The Foundation thanks the organisers of the initiative, because it gives her the opportunity to reassert the strong bond with such an illustrious partner in an informal way. The educational report with Di Nolfo, originated in the mid-70s during the partnership with the Istituto socialista di studi storici and later with the Foundation, which grew out of the Istituto in 1985, was strong, important, and persistent until his passing. During the years this bond, based on mutual esteem, was also established on a personal level.

Various merits have been attributed to him: first of all, an unwavering attention for the international landscape, from a comparative point of view, and, in relation this, to the long-term duration of phenomena, in particular when focusing on momentous events, without however ignoring the importance of the episode, and the role of groups and individuals. In the second place, mention must be made of the synergy he achieved, not always common place, between the rigors of research and public engagement, free from stereotypes and dogmatisms.

Among his first contributions was the proposal to organise an international conference for historians on Rivoluzione e reazione in Europa (Revolution and reaction in Europe), 1917-1924,  which was held in Perugia in 1978, and in which eminent Italian and international researchers participated. The conference was aimed in particular at researchers and activists from the Left, which was gaining a lot of ground in the second half of that decade, but was characterised in Italy by a growing imbalance between communists and socialists. The purpose was to contribute to the abandonment of the distortions of the Leninist interpretative framework on the revolutionist events in Italy, and with this the hypothesis of Third International, shedding light on how the divisions in the European socialist parties were paradoxically consuming them at the height of the now descending trend of the proclaimed revolutionary prospect in Europe. From this point of view, the missed opportunity was no longer one of revolution, but if anything of the failed democratization of the liberal pre-war State, which would soon have facilitated the rise of totalitarian changes in many European countries. The proceedings, published in two volumes, which can still be read profitably today,  propose a new reading of the social and political crisis after the First World War, and more in general of European socialism, called upon taking the reins of the new contemporary society.

A logical follow-up of this project took place some years later, in April 1980, with the international conference La Sinistra europea nel secondo dopoguerra, 1943-1949, the proceedings of which were published under the editorship of Marta Petricioli. The general idea was that after the end of WWII and after the time of the resistance, the European Left had the opportunity to decisively influence the rebuilding of the political and social landscape and the economy, but that many of these hopes would be deceived. The conference examined the subjective limits and objective obstacles of this thesis, but not without forgetting to also highlight the actual achievements. Once again, the mistrust in the overused framework of missed opportunities, which too often betrayed the passivity of the researcher, or, mostly in Italy, the presumption of a missing political subject, was made apparent.

The conference was followed up in 1982 by Antonio Varsori’s Gli alleati e l’emigrazione democratica antifascista, 1940-1943, which put forward the thesis that from 1936, and 1939 in particular, it became clear that only a big international crisis and consequently foreign intervention could have provoked the fall of fascism, with the defeat of the Axis powers and the resulting creation of a new political regime in Italy that was tied to and dependent on allied victory. It fell to groups of Italian exiles, working from abroad, to try and influence the broad directions of this process, which was widely supported, but still not wholly without frictions.

Excluding other initiatives, I cannot however fail to mention the promotion of the conference on Italian foreign policy during the 1980s in 2002, set up as a discussion between rigorous studies, mainly entrusted to pupils looking to prove their specialist or academic mettle in the meantime, and the memory/attestation of protagonists. The initiative entailed a critical reflection of the political actions of Bettino Craxi, giving new attention to the clash at Sigonella and the difficult process of constructing a relationship of trust with the USA, particularly during the Euromissiles Crisis, to the relationship with the G5, later G7, countries, to the role Italy played in the field of international collaboration and development, to the Balkan politics, to the definitive settling of the dispute with Austria on Alto Adige/South Tirol, and finally to the Italian initiatives in restoring democracy to Latin America. On this occasion, notice was also made of the work of the EEC in Milan in June 1985, from which came the impulse to transform the EEC into the European Union. This was a pioneering job, as Di Nolfo himself wrote in the proceedings of the conference, because it offered from the point of view of the definitive passing of the phase of removal and silence in which these events took place and, not least, the controversy raised by it, the replacing of hagiography and nostalgia by historiography on one side, and the unproductive a priori debate on the other.

Finally, among the last writings of Di Nolfo, mention must be made of Matteotti, la guerra e l’Europa, which I had the privilege of reading, in his forced absence, to the European Parliament for the inauguration of the exhibit organised by the Foundation in collaboration with the Fondazione Matteotti from 7 to 31 July 2015. In it, Di Nolfo returned to a theme dear to him, which could already be found in the Introduction of a work edited by Stefano Caretti in 2014, Giacomo Matteotti e la guerra, and was later addressed by the Chamber of Deputies in occasion of Matteotti’s remembrance on 10 June 2014. The matter was the precarious international order as a result of WWI, and the problem of Germany and its permanent conflict with France with regards to the compensations that dominated European life and “the future of any peaceful solution”. With his usual insight he saw in Giacomo Matteotti the exponent of a reformist socialism that reasoned and put itself forward for the good of to the international order: the measure, not the only one, but certainly the most essential one, of the art of government.

Di Nolfo brought not only a valuable cultural contribution, accompanied by a  extraordinary expository efficacy, to the activities of the Foundation, but he also contributed, together with many other friends and colleagues no longer with us today, to the creation of a community of conscientious researchers based on high ethical values and shared public engagement, with his pragmatic wisdom and authority.

He has left the younger generation with a valuable and demanding legacy.

For the inauguration of the exhibit Matteotti, the war and Europe at the European Parliament in Strasbourg, sponsored by the Turati Foundation  (7-31 July 2015), a speech by prof. Di Nolfo was read.

For the Memorial of the 90th year of Giacomo Matteotti’s death on 10 June 2014, prof. Di Nolfo held a speech at the Chamber of Deputies.

click here for PROF. ENNIO DI NOLFO’S SPEECH (Chamber of Deputies, 10 June 2014)
click here for the VIDEO OF THE MEMORIAL (from webtv.camera.it)