“Science, technology, and the Great War. Reality and images.”

Science, technology and the Great War.
Reality and images 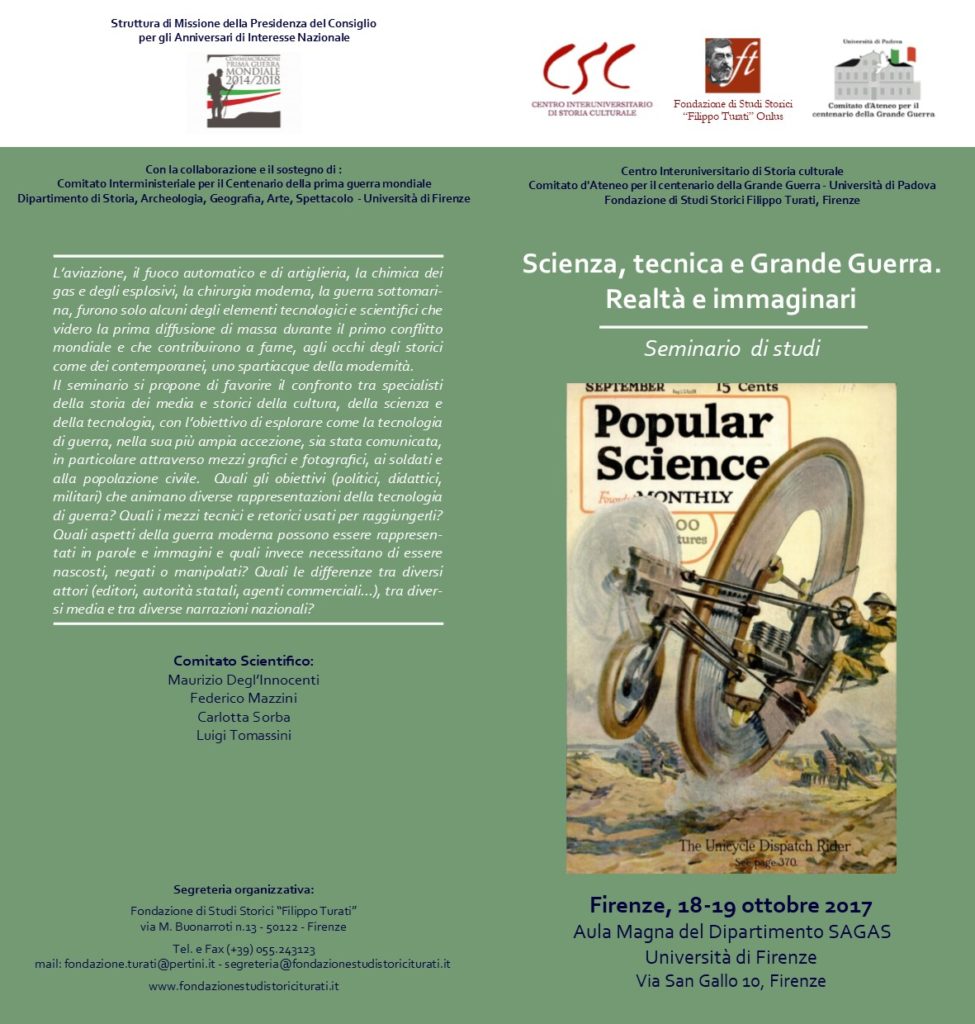 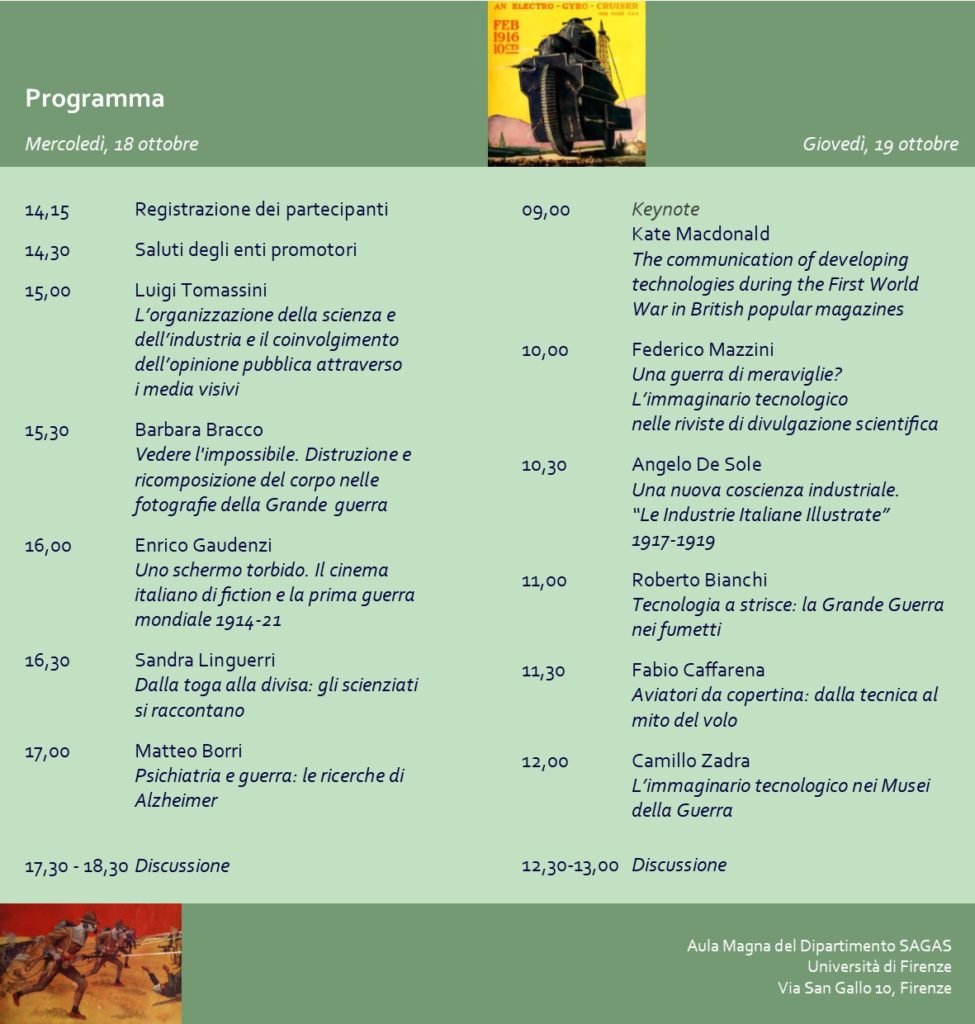 Aviation, automatic firearms and artillery, chemical gasses and explosives, modern surgery, and submarine warfare are just a few of the technological and scientific achievements that saw their first mass diffusion during the First World War and that marked it, in the eyes of contemporary historians, as a watershed of modernity. Innovations in reproductive technology and the manipulation of materials (the press, photography, cinema) that started in the second half of the 19th century made it possible to effectively reach ever greater parts of a population hungry for images and stories of the trenches, fascinated and frightened by the technological and scientific aspects of the conflict. Explaining and illustrating the technological side of the war in comprehensible terms to the public was an endeavour that combined educational interests with commercial and propagandistic ends, and required specific graphic and narrative devices in order to be adopted by various media and national authorities.

The seminar will see the gathering of specialists in the history of media and historians of culture and technology, with the aim to explore how the technology of war, in its broadest sense, was communicated to soldiers and the population, in particular by way of graphic materials and photographs. What were the purposes (political, educational, military) of these representations of the technology of war? What were the technical and rhetorical means used to achieve them? What aspects of the modern war can be represented in words and images and which instead have to be hidden, denied, or manipulated? What were the differences between the various parties involved (editors, state authorities, business men), between the various media, and between the various narratives of nations?